Stranger: Mukou Hadan, also referred to as The Sword of the Stranger is a film produced by Studio Bones, the production studio responsible for works such as Fullmetal Alchemist: Brotherhood, Eureka Seven, and both seasons 1 and 2 of Boku no Hero Academia. The film, released in September of 2007, runs for 1 hour and 43 minutes and holds a rating of Mature content due to the violence and gore present in the movie.

One of the most notable characteristics of The Sword of the Stranger is that it is an original production with no source material such as a manga or anime to be based on. In the current state of the anime industry, it is quite rare to find an original work even more so one that has garnered international praise. While many productions require the success of the source material to push through, The Sword of the Stranger proves that despite the weakened industry, original work can still thrive.

The plot of the film is fairly straightforward. The film takes place during the Sengoku era of Japan. It follows the story of a swordsman named Nanashi who has left his position in the military due to a traumatic moment that occurred during his time spent serving. At the beginning of the film, he encounters a young boy named Kotarou and his dog, Tobimaru, who are being hunted by warriors from China. When the duo and Nanashi fight off members of this group from China, Tobimaru comes out of the encounter wounded and poisoned. Due to the dangers posed by the threat from China coupled with the condition of Tobimaru, Kotarou decides to employ Nanashi as a protector and guide by offering a green gem that he had received from his father. Despite the seemingly simple setup, there are enough twists to sustain interest outside of the action and fighting. Coupled with this, the characters of the film, both main and supporting, are given ample amount of screen time to create a backstory that makes them interesting enough for the time frame of the film.

The best character development is unsurprisingly that of Nanashi, the protagonist of the film. His past is repeatedly hinted at throughout the film. The highlight of course is why he chose to abandon his previous position. Throughout the story, many instances are dedicated to bringing about an understanding of the character that ultimately leads to having a clear grasp of Nanashi’s motives by the end of the film. At that point, his character has been built in such a way that makes the viewer understand the reason behind his action and his decision to protect Kotarou. 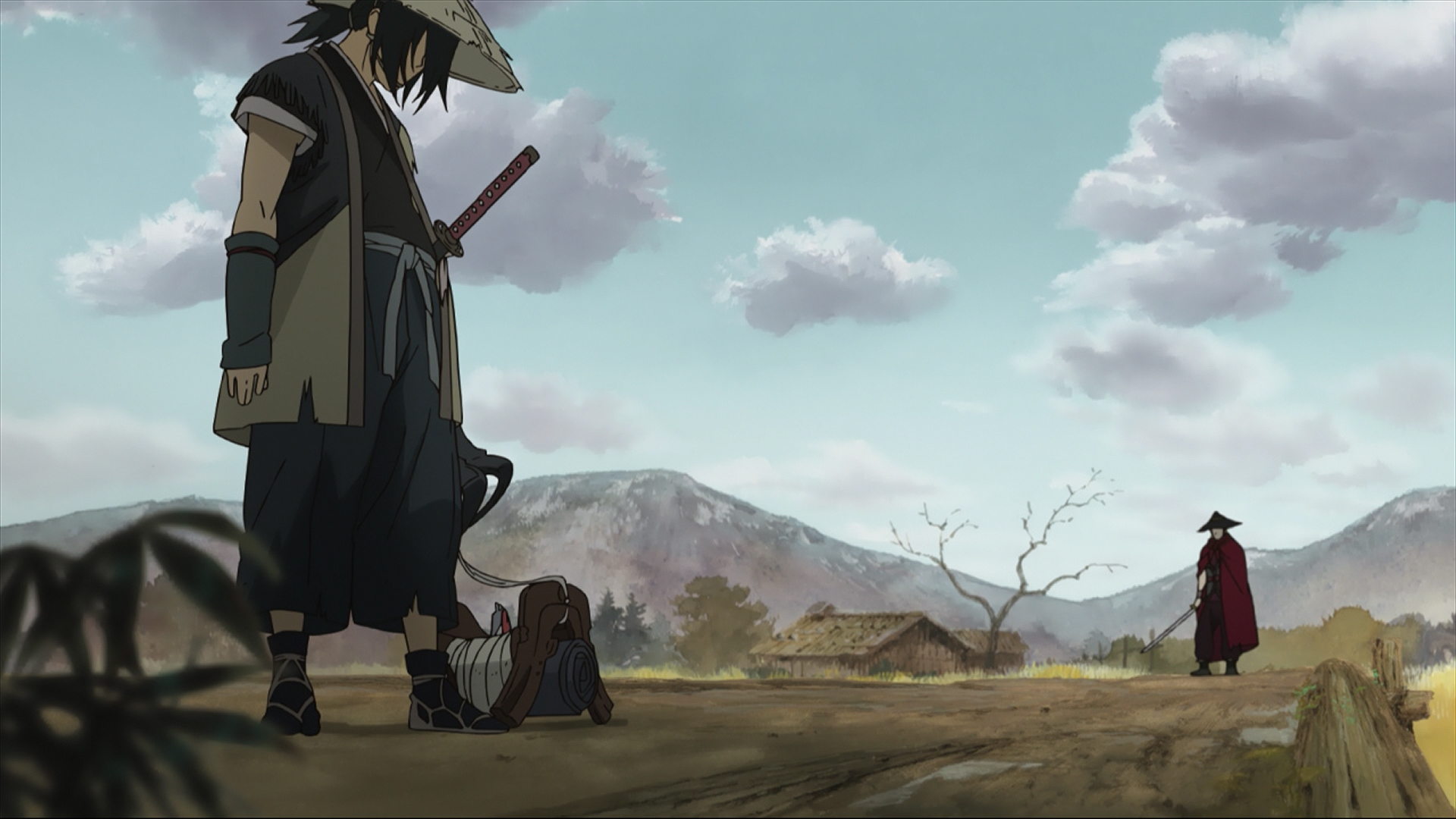 While the plot and the characters of The Sword of the Stranger are good, there are other aspects that make it great. The most notable element is the animation of the film. Studio Bones is well known and respected for being a studio that gives emphasis on animation. This was exemplified in the film through its fight scenes. The action in the film is depicted in such a way that highlights both speed and precision. With the way each moment of the fight scenes are animated, we are allowed to see these aspects of Nanashi to an absurd degree. While many anime utilize blurred arms and exaggerated lines to depict the speed of slashes, Studio Bones takes a different approach in The Sword of the Stranger by allowing us to see a large number of Nanashi’s slashes and his movement during fights. The impression it leaves is quite powerful especially when compared to the swordplay that we see in even today’s anime. Coupled with the animation is the cinematography or the way these fights are depicted. The angles at which we are allowed to view the fight heighten the tension while allowing for full emphasis on skill rather than flashy attacks. In essence, it is this quality that makes The Sword of the Stranger relevant and memorable even ten years after it originally aired.

Lastly, the soundtrack of the movie is also commendable and worthy of praise. The best example of its quality is seen, or rather heard, during the final battle. Rather than simply going with a fast paced song that increases the tension of the fight, the music that plays is one that evokes a stronger emotion of hopefulness. The result is a battle that evokes stronger emotions.

Overall, The Sword of the Stranger is a film that has the potential to remain relevant years after its original air date. It is an example of stellar production and amazing animation that will surely bring about a feeling of enjoyment and satisfaction by the end of its run time.