Koe no Katachi is a 2016 film produced by Kyoto Animation. The film is an adaptation of the manga of the same name written by Oima Yoshitoki. The story follows relationship between Nishimiya Shoko and Ishida Shoya. Nishimiya Shoko is introduced to her elementary class as being deaf, using a notebook to communicate with her classmates. Her deafness leads to difficulty talking resulting in her speech sounding broken and odd. On the other end of the relationship, Shoya is introduced as an adventurous youthful boy who is always looking for some new form of fun. When the class finds out that the new student, Shoko is deaf, he takes the lead and begins to bully her taking advantage of her deafness and repeatedly destroying her hearing aids. All of this bullying eventually blows up and Shoya is put in the spotlight as his friends throw him under the bus and not only blame him for bullying Shoko but also begin to fixate and focus the bullying on him instead. Majority of the plot follows a changed Shoya years later as he tries to reconnect with Shoko.

As someone who watched the film after reading the manga, my initial impression from the first few scenes was that the pacing was a mess. There was a large amount of plot compression done in the first few scenes that eventually led to some plot pruning where the producers completely removed supposedly salient plot points from the film. As a result, many of the scenes and situations between characters felt incomplete, damaging the flow of the story. Despite the quality of the visuals being top notch, the film was littered with landscapes and scenery shots that felt completely unnecessary. While I assume it was meant to enhance the setting and paint a complete picture of where the story takes place I felt that they only served to increase the feeling of incompleteness of the film acting as fillers between shots.

The poor pacing also affected the investment of viewers. It was difficult to connect to the group as a whole and even to individual characters. Removing as much of the plot as they did resulted in protagonists that were lacking in impact. The best example I can give is the protagonist Shoya, who in the manga was quite set on killing himself as seen in the introduction of the movie. In the source material, the intensity of Shoya’s bullying and subsequently, the effects of him being bullied felt amplified and showed a progression in terms of intensity. In the film however, these instances in the past were not explored and instead were made into a montage that didn’t fully depict the intensity of the effects that bullying had in their younger days.

Coupled with the pacing issue was the odd choice for soundtrack. Many of the tunes that played throughout the film felt off and ruined the quality of an otherwise good scene. For some reason, there was more than one instance wherein there was a distinct mismatch between the mood and the tune that was playing in the background.

The film does get some things right however. I feel like it highlighted an idea from the source material that would not be easily evident. I felt that the film was able to highlight the idea that the past should not define you. The story of Shoya focuses on how he has to move beyond who he was in the past. The most visual representation of this are the X marks seen on everyone’s faces. The reason for this is that Shoya himself chose to “play deaf” so to speak and block out the criticism and hate that he would get from others disregarding them and avoiding eye contact. The film eventually shows Shoya finally looking at the world differently allowing the X marks to fall. The moment this happens, there is a burst of noise that he previously blocked out ending his phase of societal deafness. This served as the moment when Shoya overcame the labels that he placed on himself from his experiences in the past and moved forward in life. Essentially the film still manages to bring out the significant themes of the series’ main plot.

Overall, the biggest problem that I have with Koe no Katachi as a film is that it took the foundation of the plot from the source and then proceeded to compress everything in such a way that they left out the beauty of the story. It’s as if the film tried to build a house by creating the foundation without putting in a door and windows. Watching the film was basically like watching a work that was incomplete. I could see the potential for a great film and I constantly found myself looking for more. 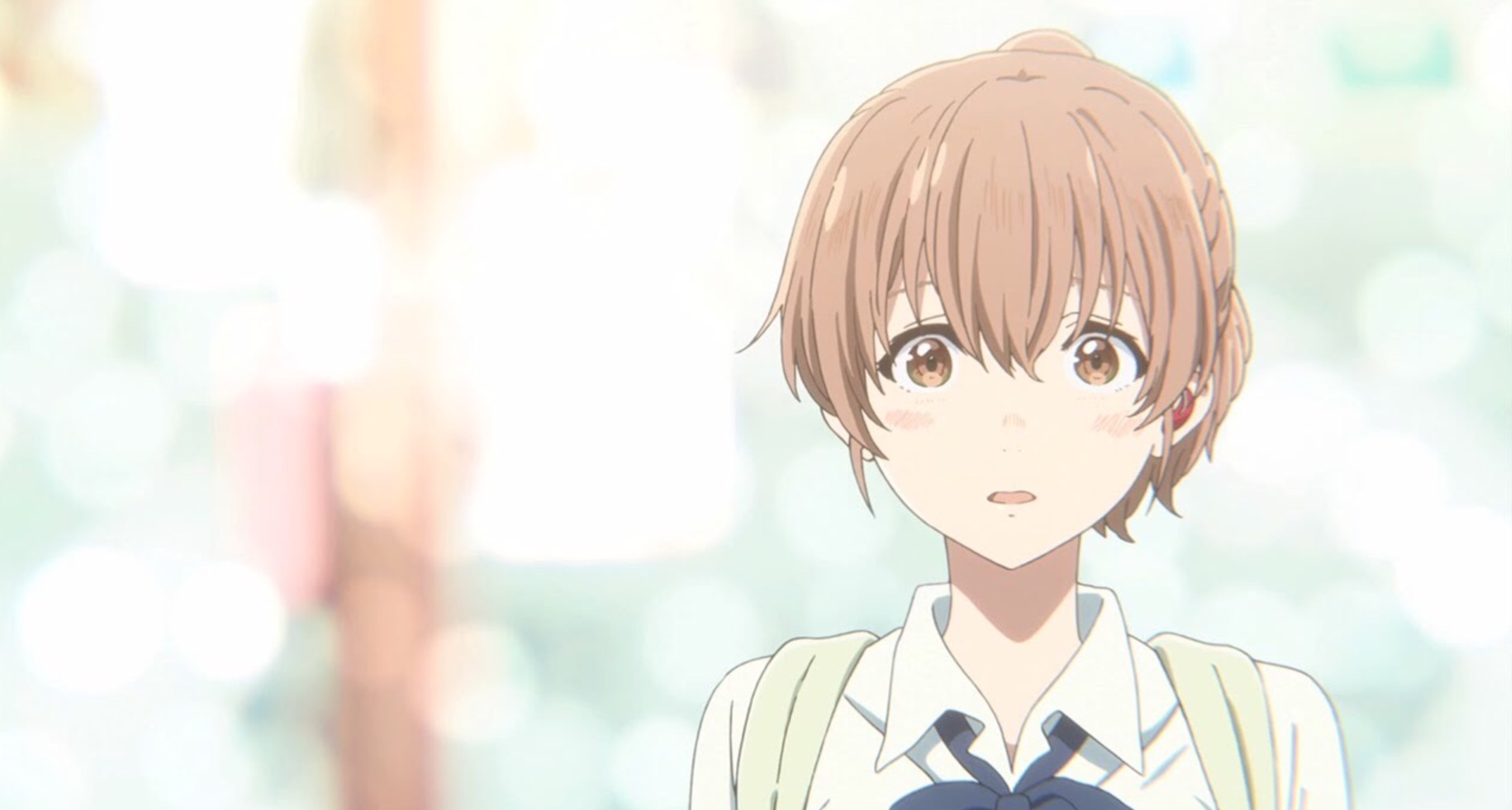 Perhaps the film would have been better without the expectations that had been built up from the manga. Despite the feeling of incompleteness, I think that the film is still worth the watch if only to see the way both Shoko and Shoya were developed as characters.