Kotomine Kirei serves as the main antagonist of the Fate/Zero series posing the most threat to Emiya Kiritsugu. Initially, he is the Master of Assassin during the Fourth Holy Grail War. Due to his status as student of Tohsaka Tokiomi, his actions during the the Fourth Holy Grail War are mostly in support of Tokiomi and Archer utilizing Assassin as a means of surveillance on behalf of his master. Later on in Fate/Zero, during the events of its second season, Kirei forms a contract with Gilgamesh, the Archer class Servant of the same war.

Kirei makes for a very good antagonist. Compared to Kiritsugu’s stoic personality, Kirei manages to add a certain level of menace by coming off as even colder and more uncaring than Kiritsugu. His background plays a role in creating his cold persona. Kirei is supposedly a man of faith who serves the institution of the Church. Being a man of faith, it is implied that he is one who is devout, following the teachings and the beliefs of the Church. His menace comes from his twisted nature and his ability to kill and carry out his role of Executioner without hesitation. 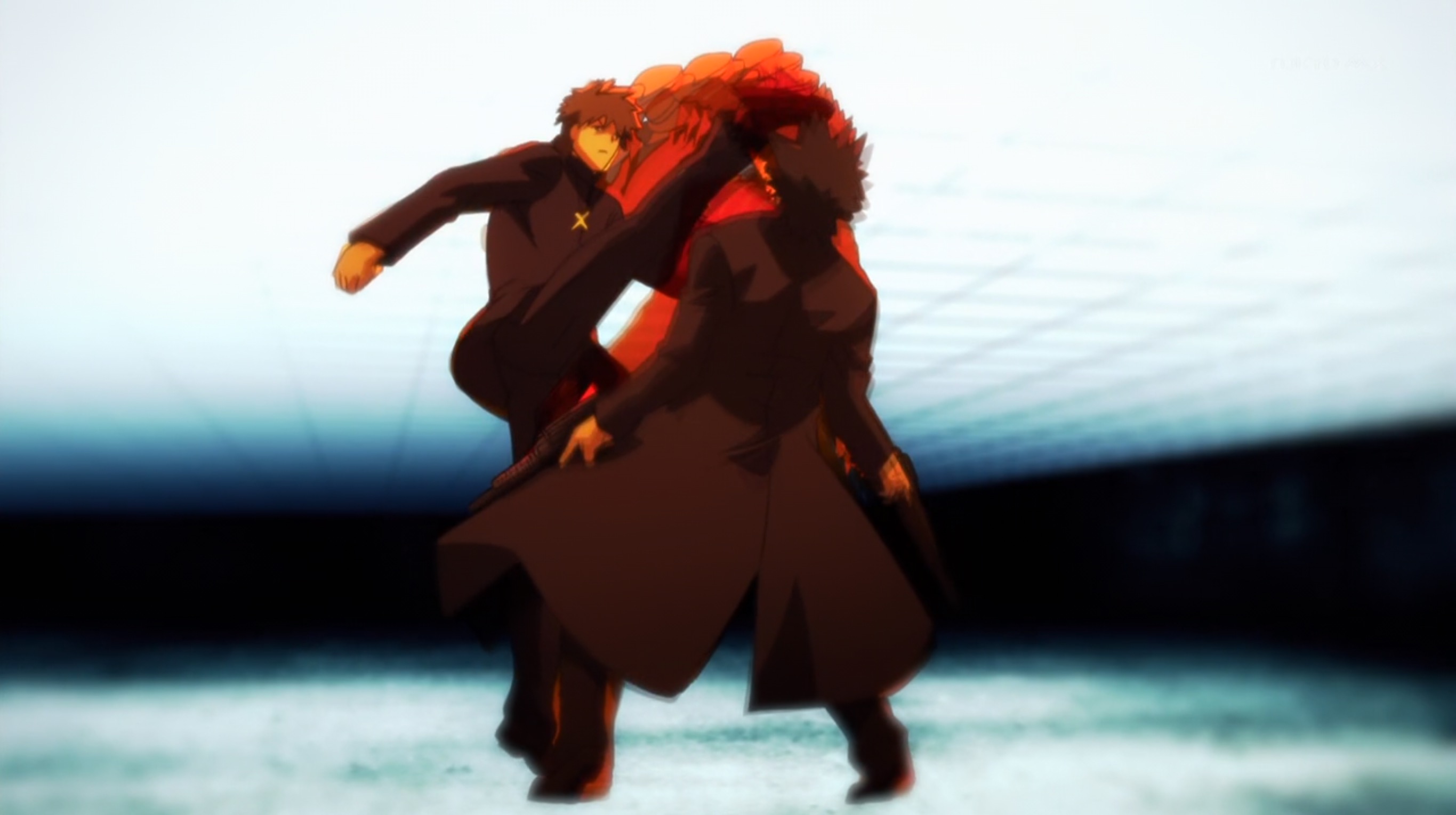 Aside from his mannerisms and his lack of emotion, his skills are highlighted on more than one occasion. Throughout the series, we see him coming out of encounters with little harm to himself. A clear example of his skill is when he goes against Hisau Maiya and Irisviel Einzbern in the forest. Despite the disadvantage that he faced in numbers coupled with Maiya’s experience fighting him in the past, he managed to take care of the two with little effort. In fact, the most difficulty that he is seen having in combat is when he faces Emiya Kiritsugu in combat. Even during this confrontation between the two, Kirei was seen as a capable combatant who remained unfazed and calculating despite losing the use of an arm. 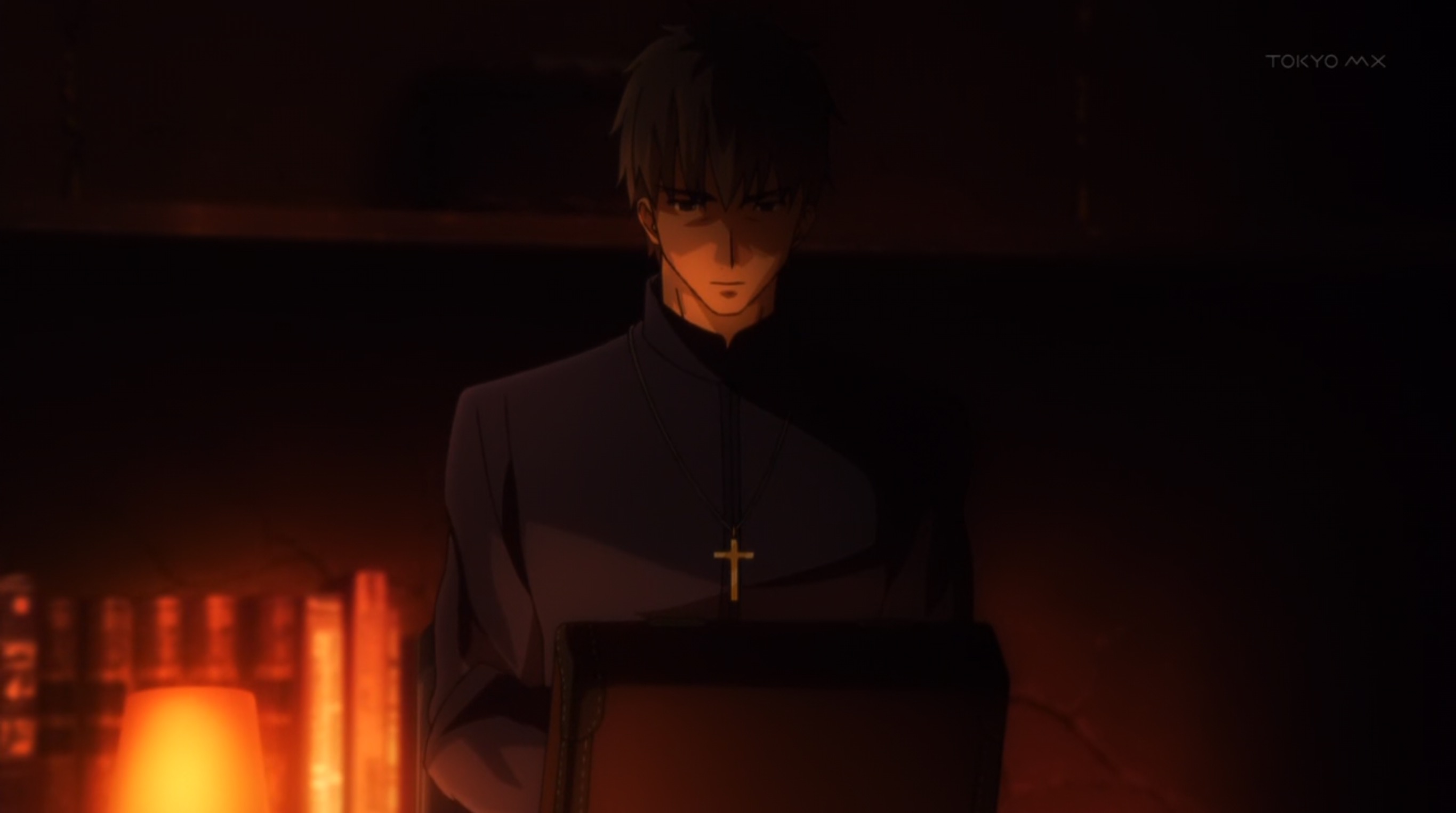 Despite all this however, the true value of Kotomine Kirei’s character in Fate/Zero can be seen in his development. Kirei’s development is different from the rest because he primarily doesn’t know why he is chosen by the Holy Grail. His initial belief is that he is meant to play a supporting role to Tokiomi making him a tool rather than an actual Master with a reason to seek the Holy Grail for himself. The transition of these beliefs and mindset is set into motion when he begins to talk to Gilgamesh. 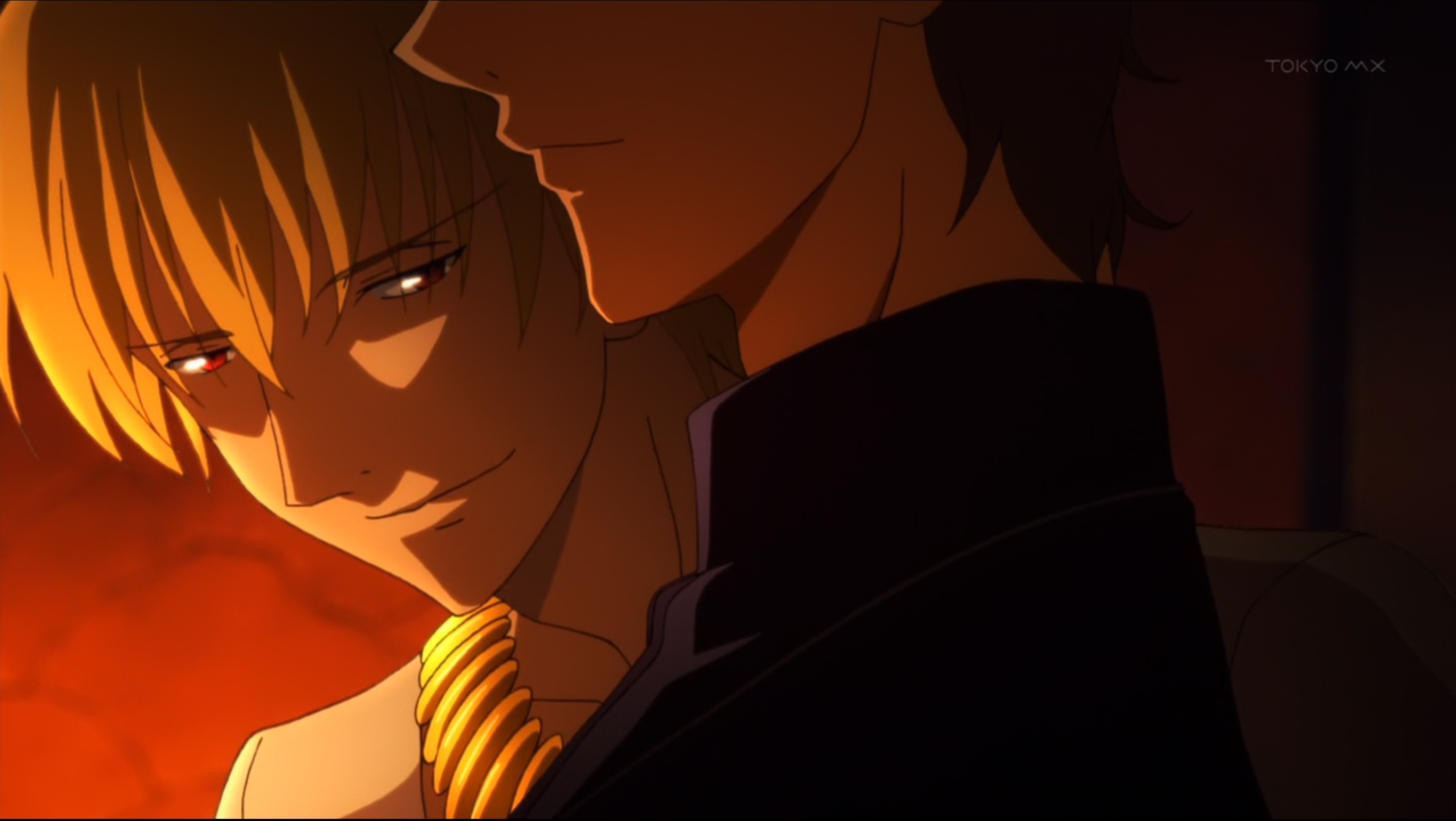 The dialogue between Gilgamesh and Kotomine Kirei is probably one of the most interesting sets of exchanges in the entire series. What Gilgamesh manages to do is to slowly incite a paradigm shift in Kirei that causes him to betray his teacher in order to learn more about himself. Through their exchanges, Gilgamesh explains to Kirei what pleasure. An interesting insight from him is when he asks Kirei to explain what he had learned from his surveillance of each Master with the offhanded comment that the explanation wouldn’t matter unless Kirei himself delivered it. From this, he manages to teach Kirei about interest by explaining that it was clear that Kirei was interested in the suffering Matou Kariya as he spent the most time explaining his motives to Gilgamesh. As their exchanges become more frequent, Gilgamesh convinces Kirei that he has a desire that he has yet to fully discover. The culmination of their exchanges happens at the end of the Holy Grail War when the two come out of the ruins of Fuyuki City. Gilgamesh proclaims that the only explanation for the results of the War was a reflection of Kirei’s desire to witness the suffering of others. While first attempting to denounce the realization that he revels in others sufferings, Kirei eventually comes to understand that his joy is rooted in destruction and in the misery of others.

The simple realization that Gilgamesh brings to light caps off Kirei’s character as the series antagonist making him all the more evil and unnerving. While Kiritsugu’s killing is rooted in his utilitarian ideals, it becomes clear that the reason for Kirei’s role as the foil is because his own killings are rooted in the joy that he gains from carrying out the kill.