Hibike! Euphonium premiered in 2015 running for 13 episodes. The anime adaptation of the series was produced by Kyoto Animation most known for Clannad, Suzumiya Haruhi no Yuutsu, and the similarly music themed anime K-On!.

Following some less appreciated work, Kyoto Animation bounces back from the recent negativity with a great anime. The best thing that Kyoto Animation did was focus on the soul of the show. Hibike! Euphonium is primarily a music anime by nature and it is clear from watching the show that the studio truly focused on this aspect. 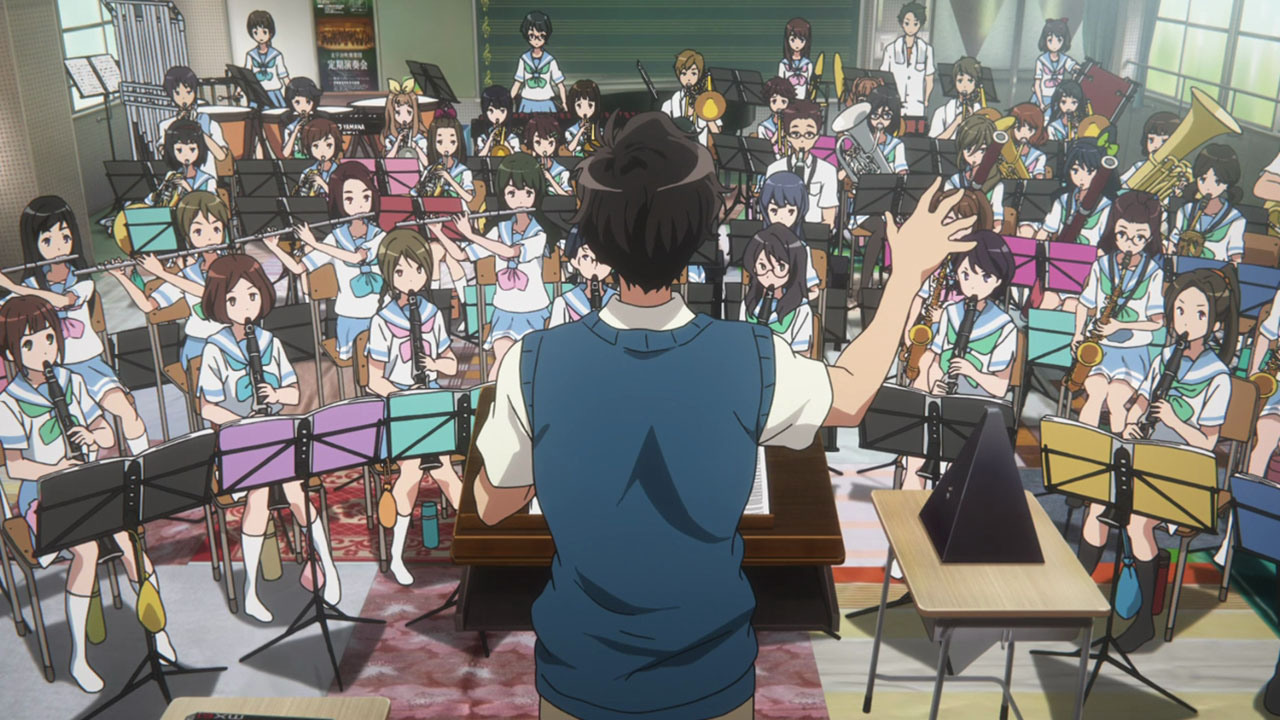 A great number of the scenes of Hibike! Euphonium see the entire band playing in the music room. The attention to detail and the focus on music truly becomes apparent in these moments. When the scenes zoom in on certain musicians, it is clear that their fingers are moving with every note being played. While I cannot attest to the accuracy of the positioning of their fingers, I do find it refreshing to see that there was this level of attention given to these scenes. Besides this, even with different instruments, the movements of the musicians playing them feel and look natural. It is these details that add a sense of realism and authenticity to anime such as this. On top of the animation while the band rehearses, the mistakes made during practice are apparent but believable. Rather than sounding as if someone skilled were purposely making a mistake, the errors in playing feel and sound realistic in the show.

The attention to detail is carried over to moments outside of their practice. Even in competitions, it is clear that their band has seen vast improvement in terms of quality. The sounds are crisper and clearer than during practice creating an altogether different impression. Even the solo stands out in terms of quality. During the time when there was a competition for the solo of the band’s piece, the distinction between both trumpeters was clear in the sound. 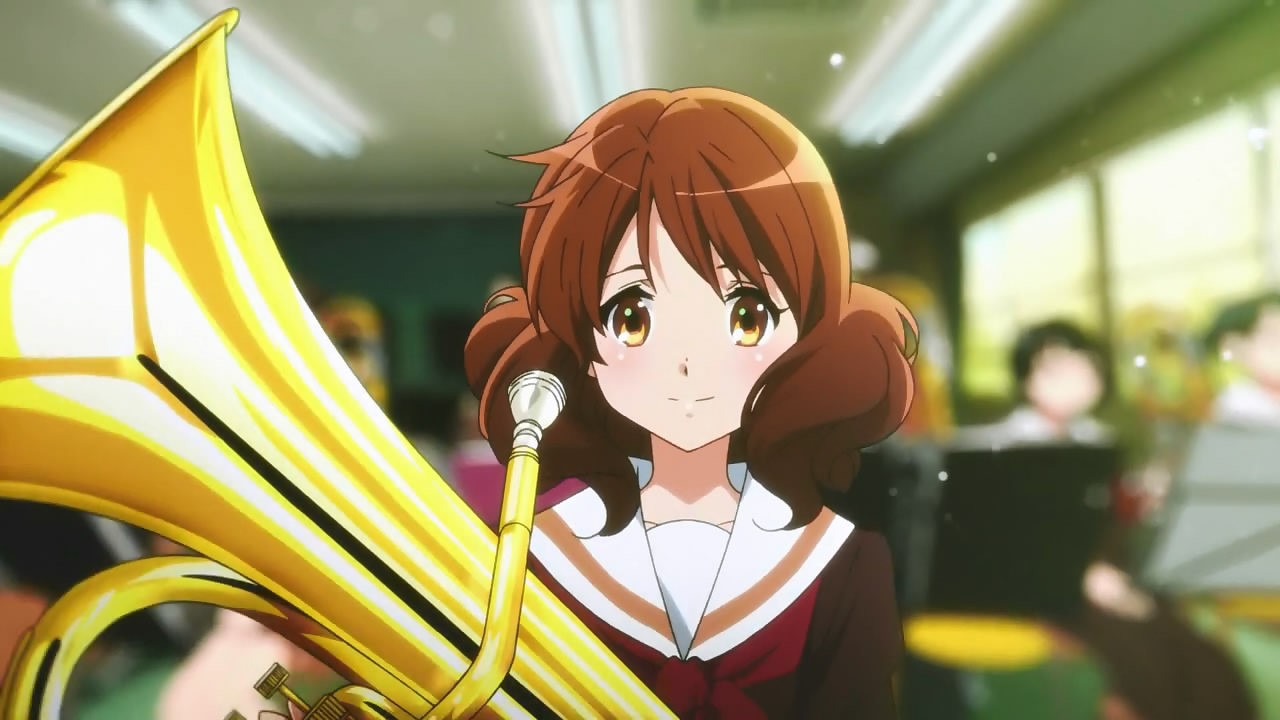 Aside from the musical aspect, Hibike! Euphonium doesn’t fall short as a slice of life anime either. Kumiko Oumae tackles many of life’s struggles throughout the course of the anime. Her desire to grow as a person and let go of her past is one of her main struggles in the series. While Kumiko’s goal to go to nationals is straightforward, the beauty of the show lies in how it manages to depict her struggles to achieve the goal. It manages to capture someone who is trying to understand herself and to establish her identity.

We see Kumiko rediscover her love of music. Hibike! Euphonium creates a plot that allows Kumiko to move beyond the pains of her past and reaffirm her love for playing the euphonium. Coupled with this, we see her move forward by befriending Reina Kousaka who is not only a symbol of Kumiko’s past, but also a figure to admire and emulate.

On that note, another of Hibike! Euphonium’s strengths is the relationship that they show between Kumiko and her friends the most interesting of which being her relationship with Reina. Reina herself is an interesting character because of the way she is depicted. It is clear that while she is focused very much on her music, there is more to her character than her skills as a trumpeter. Like Kumiko, we are constantly left wondering what else there is to know about Reina throughout Hibike! Euphonium. Reina constantly leaves the impression of being more that what can be seen. It is this impression that adds an appeal and a charm to the relationship between Kumiko and Reina.

Hibike! Euphonium’s outstanding quality easily puts Kyoto Animation back in the picture. The sincerity behind the characters and the attention to detail put into each of the scenes elevates the quality of Hibike! Euphonium.