For most of the series, Emiya Kiritsugu actually feels very one dimensional lacking a certain growth that one would expect from the main character of a series. On top of this, considering the two cour nature of Fate/Zero with its 25 episode run, the initial moments of Kiritsugu don’t really offer much in terms of development of his character.

What the first half focuses on is mostly his ideals and how they run counter to that of Arturia’s or Saber’s ideals that are rooted in knighthood and chivalry. In Kiritsugu we see a different approach on the world. Rather than believing in honor, his methods are rooted in efficiency. One of the most apparent features of his character is his use of firearms rather than magic, a rather odd choice for a mage set in the Fate universe. Instead of using mage craft as a means of combat against the other participants of the Fourth Holy Grail War, Kiritsugu is often shown utilizing military tactics and tools to get the job done from the shadows. Another apparent trait of Kiritsugu is his refusal to show up on the front lines which can be interpreted as a slight towards Saber whose entire sense of honor rests on chivalry and respect for one’s opponent. In fact, throughout the series, it is Irisviel who fulfills the role of Master in the sense that it is she who is seen with Saber, fighting alongside her during the War. 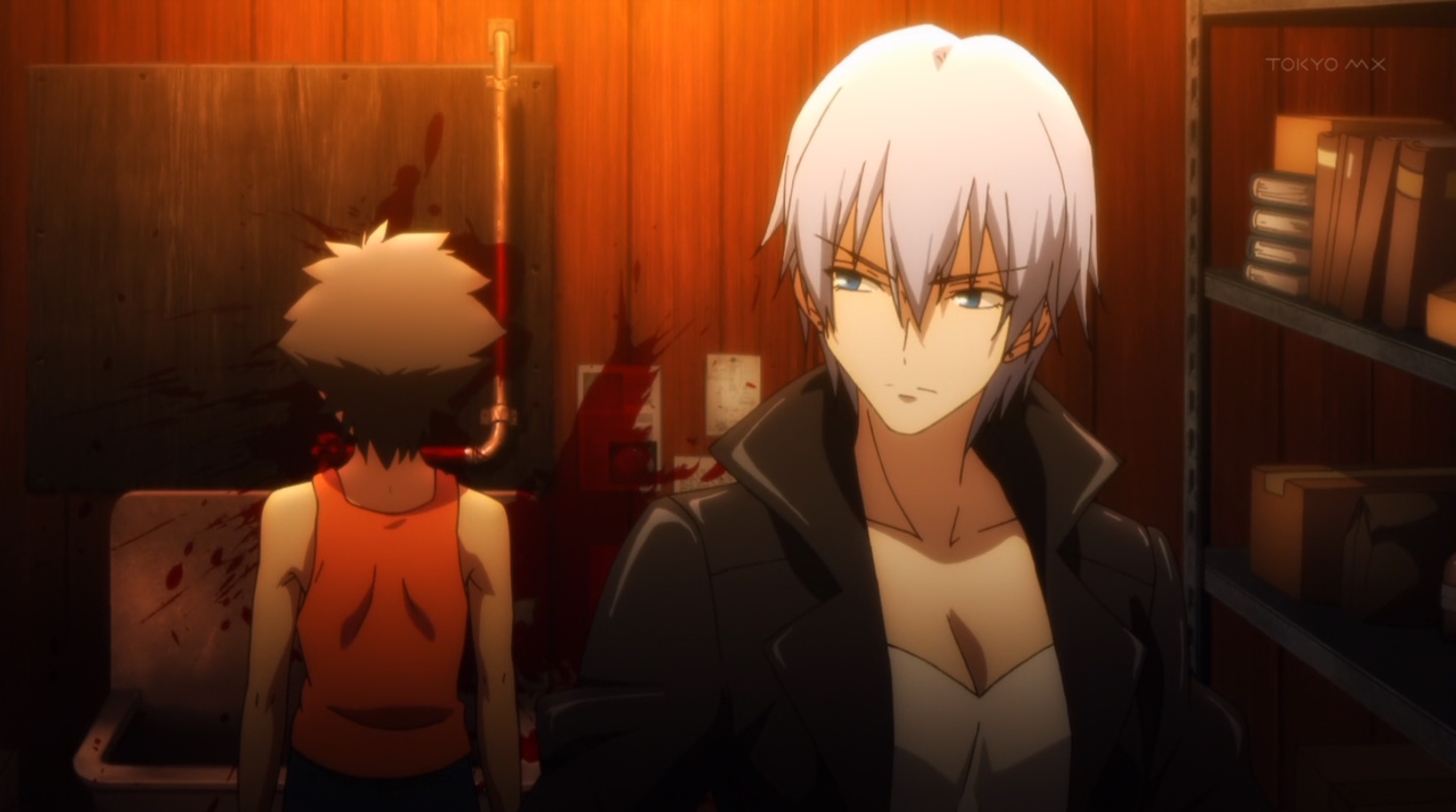 For most of Fate/Zero, it is this stoic personality that we see from Kiritsugu who never deviates from the most efficient method of eliminating his targets. Oddly enough, despite the lack of changes in character, it is quite easy to accept this as being a result of a past that we don’t get to actually see until much later in the series.

It is in episode 18 and 19 of the Fate/Zero storyline that we finally see the root of Kiritsugu’s beliefs. Through these two episodes, we are shown that his life is a story of tragedy. We also grow privy to his utilitarian way of thinking. In the 18th episode, we see his time as a child which was spent on Alimango Island with his dad. Following an unfortunate set of incidents, we see that a young Kiritsugu voluntarily kills his own father after discovering that the latter is looking into Apostles of the Dead, the series’ title for vampires. With the mindset that his father would simply continue his research and cause more death and destruction, Kiritsugu decides to kill a member of his own flesh and blood for the good of the majority that could possibly be affected in the future. His story of tragedy doesn’t end here however as he once again faces a similar situation with Natalia, his caretaker who takes him in after his father’s death in Alimango Island. On a mission that goes wrong, Natalia is trapped in a plane that becomes home to bees that infect victims with its sting. Rather than face the possibility of the infestation spreading when Natalia lands, Kiritsugu opts to shoot the plane down again sacrificing a loved one for the sake of the supposed majority. With his simplistic label of a hero being rooted in utilitarianism, Kiritsugu’s past paints a clear picture that serves as the basis for his character during the Fate/Zero series as well as for his wish from the Holy Grail. 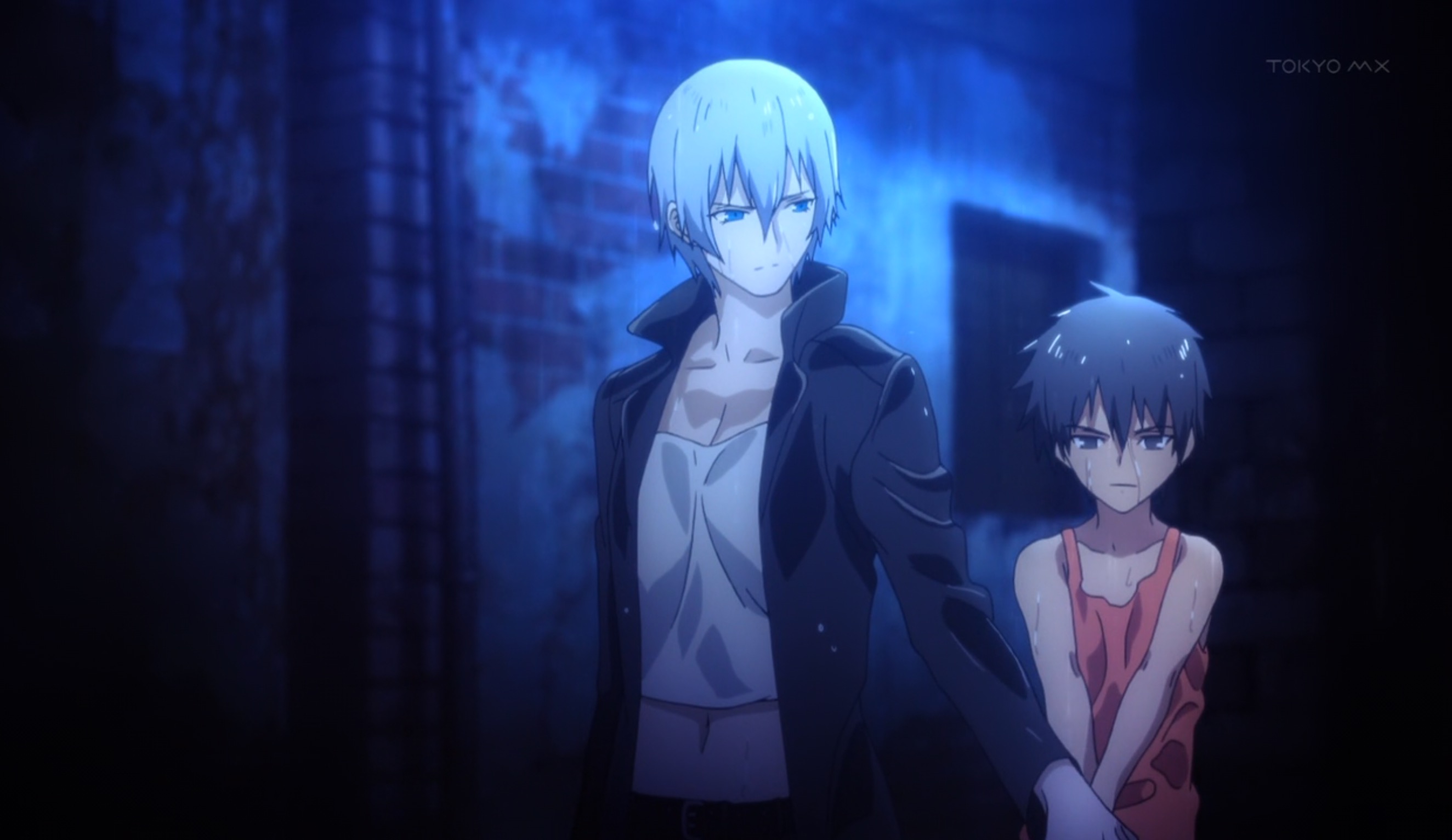 The true tragedy however is seen when Kiritsugu’s resolve is broken by the Holy Grail which reveals that it can only grant wishes in a way that is fathomable to the winner. Rather than creating a new avenue that makes an impossible wish a possibility, the Holy Grail actually carries out the intended means of the winner to an impossible scale. In the last moments of the series, we see how the Holy Grail shows Kiritsugu that his way to justice and heroism eventually leads to the extermination of the entire world. Despite his utilitarianism, the Holy Grail shows him that the deaths do add up until he has eventually killed the majority. With his beliefs destroyed, Kiritsugu destroys the Grail and gives up on his idealistic brand of heroism.

The end result is the story of a man who killed under the pretense of a self-proclaimed justice. The tragedy of it all comes with the realization that his way of life would eventually lead him to killing the majority that he deemed to be more important than the minority. With his world view shattered, Kiritsugu’s ultimate tragedy comes in the form of him ultimately killing all that he holds dear to him as his final act of justice.