One Piece 3D2Y: Ace no shi wo Koete! Luffy Nakama Tono Chikai (translated to One Piece 3D2Y: Overcoming Ace’s Death! Luffy’s Pledge to his Friends) is a One Piece special that aired in 2014 to commemorate the 15th anniversary of the series. The special has a run time of 1 hour and 47 minutes similar to the run time of most One Piece films.

The special covers the events that take place during the series’ 3D2Y time skip which happens after the Summit War or Whitebeard War Saga. During the said war, Luffy attempts to rescue his brother Ace who is set to be executed at the World Government headquarters, Marineford. He is aided by the Strongest Man in the World, Whitebeard and the members of his pirate crew, the Whitebeard Pirates. Despite Luffy reaching him in time to release him from his kairoseki handcuffs, Ace loses his life to protect Luffy from Akainu. Aside from losing Ace, Whitebeard loses his life as well. Feeling the full weight of his failure and his weakness, Luffy decides to take 2 years off to train and become stronger so that he may never lose someone dear to him again.

During Luffy’s two year training in Rusukaina under the tutelage of Silvers Rayleigh, Luffy attempts to gain control and mastery of Haki, a power that will enable him to fight even the strongest of Devil Fruit users. His training is cut short when Marigold and Sandersonia, sisters of the Kuja Pirate Empress Boa Hancock, are kidnapped by notorious pirate Brynndi World who managed to escape from Level 6 of Impel Down during the events of the Summit War Saga. Despite his incomplete training and lack of Haki mastery, Luffy leaves Rusukaina alongside Boa Hancock in order to rescue to kidnapped sisters.

Before the start of his training, Luffy takes of his iconic straw had proclaiming that Straw Hat Luffy is on a break for the time being. This is symbolic because it shows that Luffy is really out of his element during the events of 3D2Y. In the film, we see Luffy without the support of his crew members who had grown to rely on throughout the lengthy series. Instead we see Luffy teaming up with Boa Hancock similar to his time traveling to Impel Down. In a way, Luffy taking off his hat showed that he couldn’t play the role of Straw Hat Luffy which was further emphasized by the fact that he instead teamed up with someone outside of his normal crew. 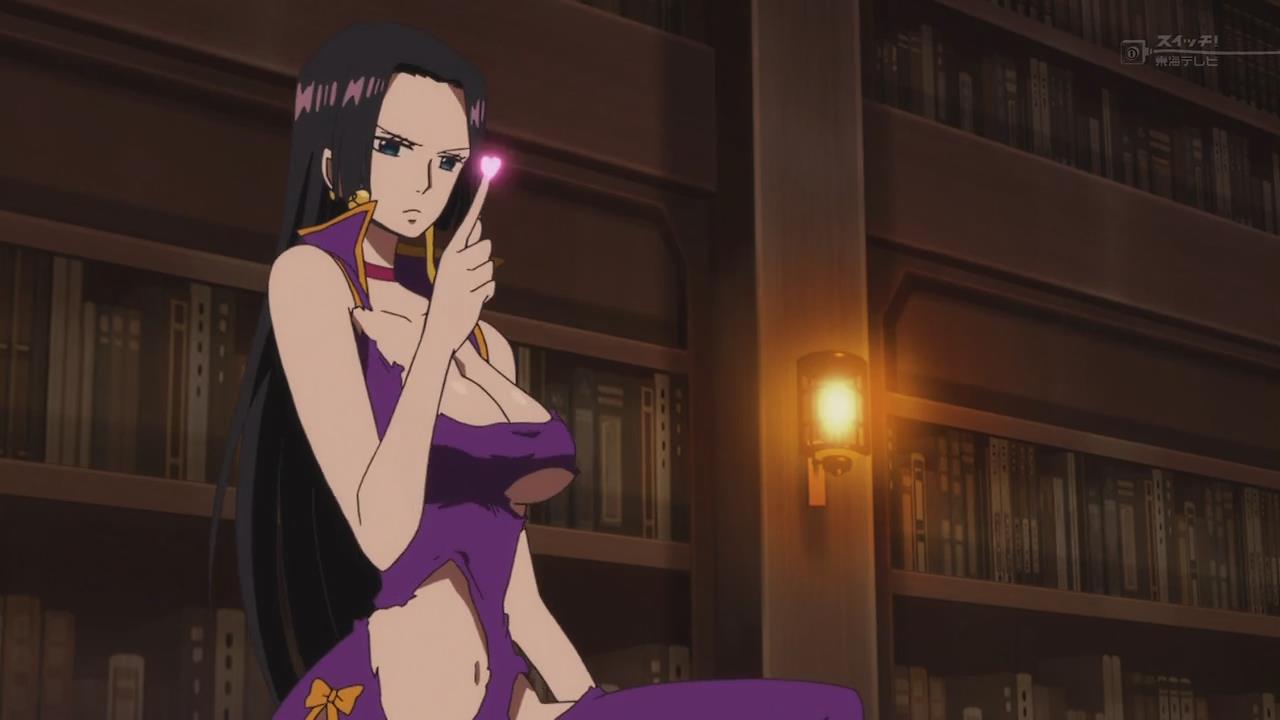 The special offers viewers a glimpse into the power of the Shichibukai who are heavily featured. Boa Hancock is seen fighting multiple opponents throughout the run time of the series. While Luffy does get to face off against the main antagonist, Brynndi World, Boa is actually the one who ends up taking care of all of World’s underlings. The events of the special really highlight the power and the abilities of Boa Hancock who had also been shown to rely on sexuality rather than actual fighting. Although her use of the former was still apparent in all of her battles, she was still allowed a lot of screen time to show her combat ability. Aside from Boa Hancock, we see Buggy the Clown once again making an appearance. Despite having attained the status of Shichibukai, Buggy is still shown to be quite useless and weak. His luck and knack for being at the right place at the right time allowing him to claim the feats of others as his own serves as the comedic backdrop of the special just as it does throughout the long running series. Even Hawkeye Mihawk is allowed a moment to shine when he leaps into the air and slices a massive cannonball in half with no effort.

Aside from adding some character to the Shichibukai, the special shows Luffy and his mastery of Haki as he repeatedly attempts to use it against Brynndi World. Through his multiple encounters with the antagonist, Luffy is seen struggling to accept his weakness and his inability to save Ace. Many moments of their fights have World taunting Luffy by saying that he wasn’t able to do anything to save Ace prompting Luffy to hesitate. Eventually however, in classic Luffy fashion, he reminds himself that while he wasn’t able to save Ace, there are others that he wants to protect. We then see Luffy use Gomu Gomu no Red Hawk, a technique that utilizes the flames of his brother Portgas D. Ace.

The special offers a glimpse into the training of Luffy that could have easily been left alone as being a time skip in the series. What is good about it is that it tackles an important aspect of Luffy’s character and his reason for instigating 3D2Y in the first place. While Luffy has always been easy going and laid back, it was nice to be able to see how his character was able to come to terms with Ace’s death and the events that occurred during the Marineford War.